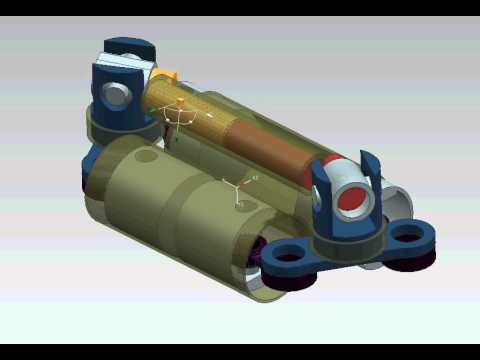 It is contemplated that the flywheels 37 will have sufficient inertia and momentum to permit the crank shafts to smoothly roate through this return cycle, and it is to be noted that where the engine is composed of two 01 much more cylinders, no difficulty will exist since the cranks can be timed to supply a substantially continuous driving torque upon the engine shafts.